Formed in 2006, the Riverside County Regional Gang Task Force has aggressively combatted criminal street gangs and the negative impact they present to our communities. The presence of these criminal elements diminishes the quality of life for our residents through criminal activities, such as violent offenses, distribution of narcotics, and vandalism. The Gang Task Force remains committed to confronting these criminal enterprises through a collaborative effort of experienced deputies, police officers, probation officers, federal agents, and prosecutors. Through this multidimensional approach, the Riverside County Gang Task Force aims to make our streets a safer place to live, work, and play. 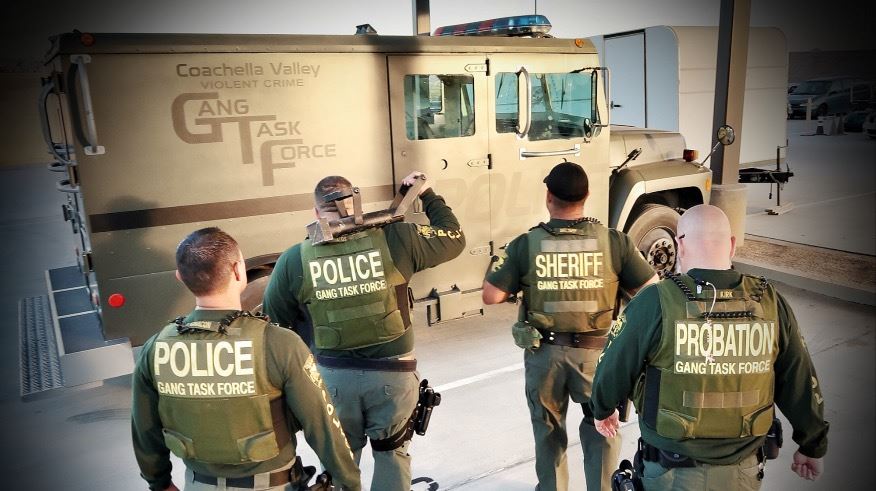 The mission of the Gang Task Force is to provide safe and secure communities free of violent crime and gang violence. This is achieved by:

If you know of or suspect criminal gang activity in your community, please contact your respective regional commander by email or call 951-210-1159. If you prefer, you may also report gang activity through our webpage.