The Riverside County Sheriff’s-Homeless Outreach Team (HOT) is committed to assisting the community with issues related to homelessness through education and outreach. We address issues surrounding quality of life, encampments, and makes assessments of housing, substance abuse, and behavioral health needs through a collaborative effort with local county agencies and nonprofit partners.

To utilize a proactive outreach, while enforcing the law.  We connect with local homeless populations and provide support through resources, in hopes of reducing the rate of recidivism, incarceration, and calls for service related to homelessness.

How does HOT help?

The Benefit of HOT within our communities

How you can help!

The Riverside County Sheriff’s Department is committed to a joint effort in solving the issues surrounding homelessness. As a practice, we encourage our citizens to partner with proven and reliable organizations to give back to our communities. This can be done through the donation of time, effort, and resources. Using these methods, help us in the fight against homelessness with solutions rather than a quick fix.

The LGBT (Lesbian, Gay, Bisexual and Transgender) Liaison is designated by the Sheriff to maintain and improve the relationship between the LGBT community and the Riverside County Sheriff’s Department.

All Department members share the responsibility to provide quality public safety services to our diverse communities and treat all citizens equally. Acts of hate, regardless of motivation or impetus, will be fully investigated and perpetrators held accountable for their actions to the fullest extent of the law.

The Sheriff’s Department recognizes the value each LGBT citizen brings to our community and strives for full inclusion in all aspects of Department operations, including patrol services, custody, and employment.

To promote equal treatment and ensure that the voice of the LGBT community is heard, the LGBT Liaison collaborates with community leaders, residents and businesses to establish a closer, more effective dialogue between the Department and the community.

S.A.F.E. is committed to providing services for children, youth and families who have experienced or are at risk of abuse and violence.

Safe and healthy families where children can thrive is a universal vision. In some homes, however, there are problems of abuse and violence, and in some cases the problems are severe.

Because abuse and violence are not limited to any particular family or community, services to address the complex nature of children, youth and families struggling with abuse or violence are imperative. S.A.F.E. provides those services.

Our vision is of parents, schools, businesses and agencies working together to make a difference in the lives of children, youth and their families. 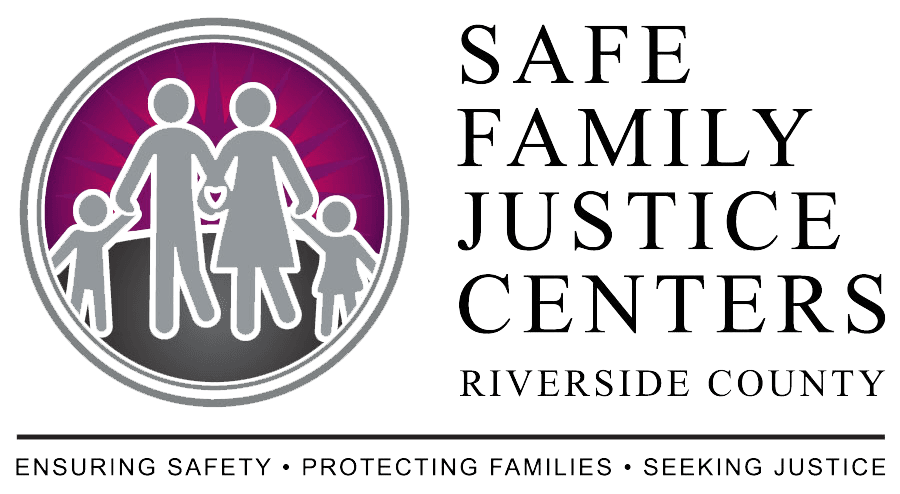 Call one of our centers for support and help with safety

In 2008, the Riverside County Sheriff’s Department believed more could be done to improve the level and quality of service the Riverside County Sheriff’s Department was providing to the twelve tribal nations residing within Riverside County. Relationships with the tribes were strained at best and in most cases non-existent. Lack of trust of government and misunderstanding of criminal jurisdiction in Indian Country did nothing to alleviate fear or to ease the resentment of a law enforcement presence in Indian Country.

Build and foster relationships within the Native American Communities in Riverside County, provide information and training to department personnel, as well as the tribal members, and to be creative in our approach to improving service and the quality of life on the reservations.

The Tribal Liaison Unit began by establishing communication with the elected tribal leaders of each of the twelve tribes. These contacts revealed that the Department had much to learn about tribal culture and history. It was also realized that tribal communities had little understanding of the Sheriff’s Department or the California Criminal Justice System. To address this problem the Tribal Liaison Unit created training courses for Sheriff’s personnel and for tribal members.

The training has been provided to thousands of people and continues today. Collaboration, communication, and mutual respect, have replaced fear and mistrust. The Department’s continued efforts in Indian Country have yielded great results and relationships with the tribes have improved dramatically since 2008.

California today is home to the largest population of Native Americans in the fifty states, and Riverside County is home to twelve unique and diverse tribal nations. The map above illustrates each tribe’s location within Riverside County and the corresponding Sheriff’s patrol station that provides service to the tribes. 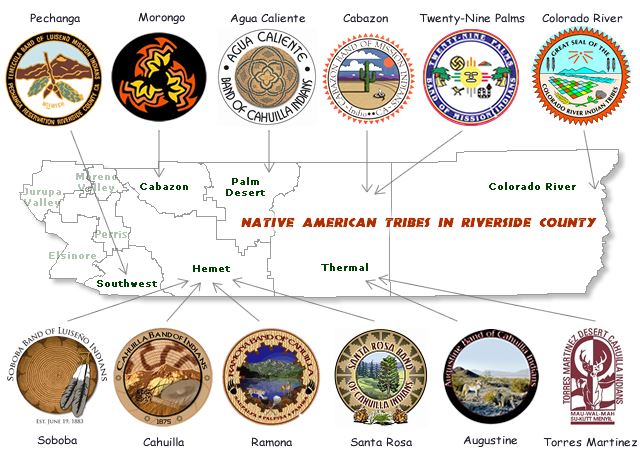